Fantasy Football champions deserve a trophy (or even a WWE style belt if you’re in a quality league), but no matter what league you’re in, it is important that you bring shame upon the loser.  The last place should be given punishments for drafting such a bad team and not being able to manage the waiver wire enough to pull them out of the bottom of the league.  These are some shirts that I highly recommend you get to either make last year’s loser wear every single Sunday to a bar, or to make the worst player of each week wear until somebody does a worse job than them with their fantasy lineup.

At first glance this shirt is pretty embarrassing.  At second glance…yeah it still is embarrassing for this FFL last place player. –>Get it here<–

Well, this one doesn’t work as well on women, but it should embarrass your guy friends in the league who get the most points from their kickers. –>Get it here<–

Sucks Most in History of Fantasy Football

This is just an aggressive shirt.  Whoever made this must have a vendetta against the guy who lost. –>Get it here<–

I like this shirt. It just gets right to the point and tells the world who sucks at fantasy football. –>Get it here<–

This isn’t directly a fantasy football loser shirt, but it would be funny to make one of the guys in the league have to wear this out to watch a game. –>Get it here<–

There is something about hearts and unicorns that just make a guy feel shame about his fantasy loss. –>Get it here<–

I doubt anyone actually drafts kickers first, let alone a backup, but this basically just tells everyone that your friend sucks at fantasy football. –>Get it here<–

If you don’t already have a loser shirt for you league, it is about time you get at least one.  The best way to use this is to keep the last place person wearing it until they can finally hand it off to somebody else to win.  Make it a funny gentlemen’s bet that is embarrassing to wear out in public.

You’re already trying to shame your friends with something embarrassing to wear, but a tee shirt might not be far enough for your twisted mind. Put your loser in a fantasy football dress like one of these to really show them what happens when you lose. 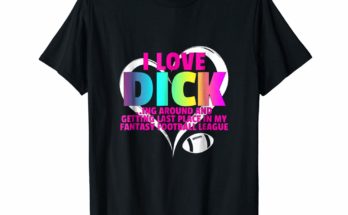 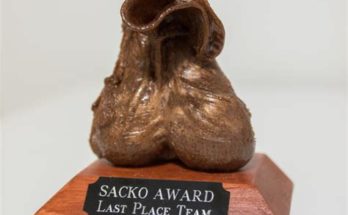