There are some really badass superhero shirts for women here.  These compression shirts come in long sleeve and short sleeve with your favorite super hero on them.

Women’s superhero compression shirts make any woman stand out as the chick not to make too much eye contact with in the mirrors at the gym.  These also can double as an easy Halloween costume shirt for women in great shape or a cool MMA shirt for women fighters.

The Wonder Woman shirt here is obvious that has to be number one on the list, especially after Gal Gadot made the character such an icon again.  Red Plume made this basic red shirt with the Wonder Woman logo on it as the minimalist shirt style for superhero lovers.

This other Wonder Woman compression shirt might make a better Halloween costume than a gym tee shirt.  It has the same armor wardrobe as Gal Gadot sported in the last Wonder Woman and Justice League movies.  It even has a backside with the hair and flesh-colored upper back area.

Maybe you’re more of a Marvel Comics kinda girl and want to rock your Captain America love.  This is another two-sided compression shirt that has a costume look similar to what Chris Evans wore in the Avengers movies.

We’re sticking with The Avengers team here for this cool version of the Iron Man compression shirt.  This design somehow has a costume look more robotic than Tony Stark’s Iron Man suit.

Of all of these shirts, the Spiderman compression tee looks the closest to the actual costume from the superhero movies.  It’s almost like you can put on a Spidey mask and head out to fight crime with this one.

Now we have to go back to DC Comics for the one, the only, Superman!  If you’re an mixed martial arts fighter, show up to a fight wearing this Superman compression shirt and the opponent will tap out before the fight starts.

How long did you think it would take into this post before you saw a Batman compression shirt.  In true Batman fashion, this shows off the abs almost as much as the George Clooney costume did in Batman and Robin.

You don’t actually have to run with the Flash long sleeve shirt, but it would definitely be a wasted opportunity.  The Red Lightning shirt here is only available in long sleeve so it’s a good winter shirt.

Obviously I had to throw in another Wonder Women compression shirt.  The long sleeve version here is perfect for MMA fighters or can even be used for yoga.  It has the rash guards on it for the fighters, but it light and breathable for the yogis. 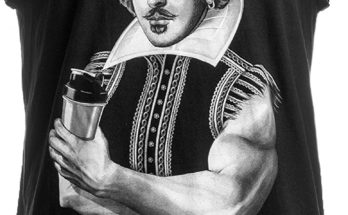 Funny Workout Tank Tops for the Gym – Sleeveless is Best